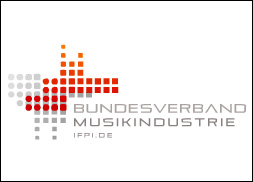 BERLIN (VIP-NEWS) — The music market in Germany grew by 2.4 in 2016, according to new figures from German industry association BVMI.

In a country that has failed to adopt streaming platforms with quite the same fervor as the UK, digital services boasted the highest growth rate in 2016. Yet despite audio streaming growing by 73.1% over the course of the year, it still only accounted for 24.3% of the market.

Vinyl sales were up 41% to make up 4.5% of the market, but it is CDs that remain the most popular method of consumption in the country. Despite a 9.6% decline in sales, CDs still accounted for a whopping 53.7% market share.

Meanwhile, downloads continue to decline, with sales plummeting 19.4% to make up 12.3% of the market.

BVMI managing director, Florian Drücke, commented: “The growth curve in 2016 might be slightly flatter than in the previous year, but it doesn’t take away from the current overall positive trend within the market. The fact of the matter is that the 2015 holiday shopping season was given a particular boost by a number of mega-selling albums, whereas 2016 had no equivalent.

“The streaming business was able to more than offset the decline in physical sales with a significant increase of 73 percent. Indeed, it was once more that unique mix of digital and analog that fuelled and shaped the German market – and ultimately made for a convincing year in the music business.”