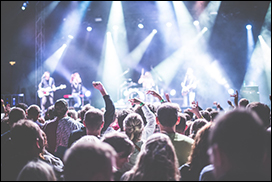 (Hypebot) – While musical ability is an important part of being successful artist, there are some skills essential to the industry that aren't directly related to performance but are nonetheless essential, and a lack of which can be ruinous to the artist.

Guest post by Patrick McGuire of the ReverbNation Blog

Despite the best efforts, being an active musician requires traits that transcend musicality, and this can cause problems for artists who purely focus on music without taking the time to develop other important music industry skills. For example, the skill it takes to cold-call music venues and ask for shows is hugely important if you want to start making a name for yourself in your local scene. But even the smallest venues are typically inundated with emails from another band asking the same thing, and if you go about it the wrong way, you could end up severing an important relationship that your band will need for years to come. Here’s a few tips to avoid pissing off the venues you work with:

Inevitably, the venues you contact will want to know how many people your band is able to bring out to shows. And who can blame them? People walking through the door is the only way venues stand a chance at making money. There's no better way to ruin a relationship with a venue than by promising the moon and not being able to deliver. If your band regularly draws 20 people, telling a venue you’re capable of bringing out 100 people might get you a show, but the venue probably won’t work with you again. Honesty and earnestness is hugely appreciated in the music industry, and being open about what your band is realistically able to bring to the table will help preserve solid relationships with the venues you could be working with for years.

If you aren’t able to write clear, cohesive emails to the venues you want to play, then find someone in your band who can. You’d be surprised to read some of the garble-laden emails that venues receive on a daily basis. Spelling and grammar errors alongside an unclear message could cost your band an important show. In addition to checking for mistakes, make sure your emails contain basic information like your band’s name, links to where your music can be streamed, the date you’d like to play, and some history about your project. Bands often make the very preventable mistake of leaving vital information out of emails, so make sure you include everything you mean to before hitting send.

If your band is rude, destructive and inconsiderate, then venues won’t want to work with you, even if you make incredible music and bring a lot of people to shows. Having the skill of being able to play music doesn’t place you above the realm of politeness and professionalism. The music industry is a totally different animal than other industries, but it still values courtesy, common sense, and musicians that are pleasant to work with.

Don’t show up for shows on time

No, being in a band isn’t a job, but it’s pretty similar in some respects. And if you routinely show up late for things like shows, then you’re going to have a hard time building solid relationships with venues. Everyone from the door guy to the bands you perform with rely on you to show up at the appropriate time, and if you’re tardy too often, you’ll run the risk of being seen as flakey and unreliable. If you want to be the band your favorite venues rely on, well, then be reliable.