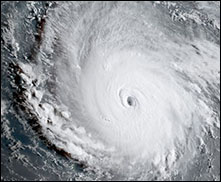 (CelebrityAccess) — Our thoughts are with the citizens of Florida, Georgia and other states that will be affected by the approach of Hurricane Irma this weekend. We've assembled a list of concerts and events that have been affected by the potentially catastrophic storm.

The Sing Out Loud Festival in Augustine has canceled all of its performances for the weekend. The three-day fest featured a lineup that included Steve Earle & The Dukes, Lake Street Dive, Wolf Parade, Deer Tick, Dirty Dozen Brass Band, Los Lobos and numerous others.

Blackberry Smoke's Sept. 7th show at the Pompano Beach Amphitheater has been postponed with a rescheduled date to be announced.

Tony Bennett's Sept. 8th performance at the Van Wezel Performing Arts Hall has been postponed until 2018.

Bryan Adams' Get Up! Tour stop planned for Sept. 8th at the Bayfront Park Amphitheater has been postponed with new dates TBA.

Andres Cepeda's Sept. 8th show at the Fillmore Miami Beach has been pushed back to Sept. 30th.

Paramore was due to perform at the Fillmore Miami Beach on Sept. 9th, but the show has now been rescheduled for Dec. 6th.

Disney has canceled the Night of Joy event for Saturday, Sept. 9, due to potential severe weather associated with Hurricane Irma.

Universal Orlando Resort announced that the second night (Sept. 9th) of the Rock the Universe Christian music festival has been canceled. The event will still take place as planned on Friday night.

Comics Chris Tucker and D.L. Hughley have postponed their joint performance at Amalie Arena in Tampa on Friday, the venue announced. The show will now take place Oct. 7. Tickets for Friday's show will be honored on the new date.

Chris Robinson Brotherhood has postponed a planned concert at Jannus Live on Saturday.

Folk-rock singer-songwriter has postponed four shows in Florida due to the encroaching hurricane, including a Sept. 12 concert at the Jaeb Theater at the Straz Center in Tampa; Loosey's Downtown in Gainesville on the 13th and Fifth & Thomas in Tallahassee on the 14th.

If you're aware of any other postponements or cancellations, please drop us a line at news@celebrityaccess.com to help us get the word out.