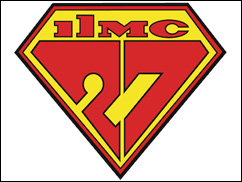 LONDON (VIP-NEWS) — The conference agenda for the 27th International Live Music Conference (ILMC) has been revealed.

Greg Parmley, ILMC MD says: “It’s taken just over six months to build the new conference schedule, and we’re confident that it runs the gamut of today’s contemporary touring and festival businesses. Overall, there’s 50% more panel content than we’ve ever had, including a new educational workshop programme and some new panel formats.

“Being an invitation-only event for the leaders of the live music world, ILMC has to constantly adapt with the changing industry, and the new schedule reflects this ongoing evolution. From iBeacon and social media to holistic, ‘joined up’ business models and new revenue streams, we’ve aimed for a truly progressive agenda this year.”

Highlights of this year’s agenda include:

• YouTube (David Thorpe & Matias Llort Lorenz) and Facebook (Niall Fagan) are both taking part in ILMC’s new workshop programme, running dedicated sessions on how live music professionals can get the most from each service. Other workshop sessions include Location Data & iBeacon, Safeguarding the Music Venue, Touring and Taxation, and The 10 Commandments for Production Heaven.

The complete Agenda can be found on the ILMC website, ilmc.com.

ILMC takes place at the Royal Garden Hotel in London from 5-8 March. The conference generally sells out in advance, welcoming over 1,000 professionals from over 60 countries.