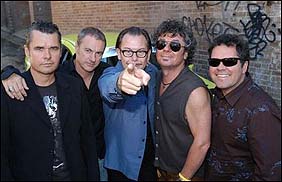 MELBOURNE, Australia (CelebrityAccess) — Band manager Chris Murphy has confirmed that a musical based on the Australian rock band INXS is currently in production.

"It has always been my vision to present INXS's amazing songs in a stunning theatrical environment as a testament to this bands incredible catalogue," Murphy told Australia's Sky News.

The musical is set to open in late 2016, with the premier taking place in London Las Vegas or possibly in Australia.

"I am very excited to bring INXS' music to the theatrical stage in a way it never has," Farriss told Sky News. – Staff Writers