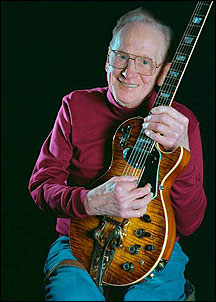 NEW YORK (CelebrityAccess MediaWire) — New York's Iridium Jazz Club, one of the world's premier jazz venues and home to guitarist Les Paul and jazz vocalist Bob Dorough, along with The Mingus Big Band (starting November 9), is celebrating its 10th anniversary this fall. The club opened in December 1994 across the street from Lincoln Center. In 2001 it moved to 1650 Broadway at 51st Street in the historic jazz neighborhood that once was home to the "Street That Never Slept” — 52nd Street — and the original Birdland.

Located beneath the legendary Ellen's Stardust Diner, the new Iridium Jazz Club has been designed to be among the best live music experiences available anywhere. Improvements to the club include a new state of the art Meyer Sound System conceived by Les Paul, acoustics, lighting, design and a recording studio. What hasn't changed is Iridium's A-list roster of jazz artists, including Paul, who plays every Monday, and Dorough, who performs every Sunday. And beginning November 9, the Mingus Big Band will play two sets every Tuesday.

The Iridium Jazz Club started with a mission in December 1994 to present local artists in an attractive nightclub setting. New York's jazz scene is littered with the remains of countless jazz clubs, who shot up quickly, only to close soon after. The Iridium took an unplanned evolutionary approach, utilizing local artists culled from homemade tapes. Soon, Iridium was "discovered'" and was fortunate to begin operations in the midst of a jazz revival, the success of jazz at Lincoln Center, and an affluent West Side looking to experience a real NY jazz club. Iridium has undergone several renovations to keep up with its increasing popularity. There have been many major releases recorded live at Iridium from such artists as Jacky Terrasson, Charlie Haden, Kenny Barron, Benny Carter, The Jazz Messengers, Sweets Edison, Monty Alexander and Clark Terry to name a few. This fall Dorough will release his 'Live at the Iridium' recording on the Arbors Jazz label that will feature special guests Daryl Sherman and trumpeter Joe Wilder. The celebration continues with a live recording from noted French pianist Jean-Michel Pilc for Dreyfus Jazz from October 19-21.

Other highlights of the Iridium 10th anniversary season include a live taping of Les Paul, who just received an Emmy for his contributions to sound recording, by NBC's "Today Show" that will air in October. Iridium will officially celebrate its 10th anniversary on December 6 with five-time Grammy Award Winner and Rock and Roll Hall of Famer, Les Paul and His Quartet. –Bob Grossweiner and Jane Cohen