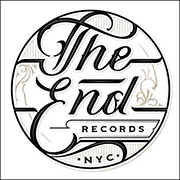 NEW YORK (CelebrityAccess) — BMG announced that it has acquired the recording assets of New York-based indie label The End Records.

As part of the deal, BMG is acquiring the label’s entire catalogue, as well as its rights to future recordings. Upcoming releases on the label include Billy Talent’s fifth studio album Afraid of Heights; Billy Talent is slated to open for opening for Guns N’ Roses when they hit the road next month.

The End, which focuses on rock, metal, indie and electronic music, was launched in 1988 and has released albums by artists including Better Than Ezra, Billy Talent, Dead Letter Circus, Everclear, HIM, Hinder, Petula Clark, Terrorizer, The Zombies, American Sharks and Trapt. Despite the acqusition, the company says it will continue relationships with its current roster and doesn't anticipate any changes to its staffing.