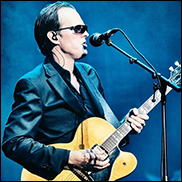 LONDON (CelebrityAccess) — American blues rock guitarist Joe Bonamassa is set to join a host of named legends as he receives his brick in The Cavern ‘Wall of Fame’ this month ahead of his Cavern gig on 27 June. Bonamassa’s free show at Liverpool’s cellar club is a thank you to his British fans for the support they have shown him through his career. Joe will launch his British Blues Explosion concert, which will pay homage to some of his musical inspirations including Jeff Beck, Eric Clapton and Jimmy Page, the latter two of already whom also feature in the Cavern’s ‘Wall of Fame’.

“This is a once in a lifetime opportunity,” says Bonamassa. “I’m so excited to be debuting the British Blues Explosion concert at the Cavern Club. It’s the perfect venue for me to showcase the music of Jeff Beck, Eric Clapton and Jimmy Page. I hope my fans will get a kick out of it as much as I do.”

Cavern director Jon Keats says of the forthcoming show, “We’re delighted to have such a great icon as Joe Bonamassa perform at The Cavern. He joins an already great list of blues artists to have adorned the Cavern stage over the years including the Rolling Stones, John Lee Hooker, John Mayall & the Bluesbreakers. It’s fair to say that Joe is more than worthy of his brick in the ‘Wall of Fame’.”

Joe Bonamassa will be presented with his brick in the wall on Monday 27th June at The Cavern’s Wall of Fame, Mathew Street at 12:15pm.