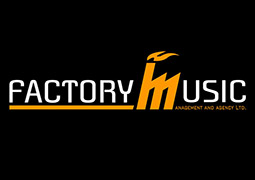 Company founder Sharon Richardson, who launched Factory Music Management And Agency Ltd in 2004, will join K2 along with her team and roster on October 1.

“We have known and worked with Sharon for many years and when the opportunity arose for her to join I jumped at the chance," said K2 Agency CEO John Jackson. "She will be joining the K2 team headed by Jane Miller, who has worked with me since the early 80’s and Leo Benton who joined us four years ago from Newcastle University.

"Sharon will be bringing to K2 her roster of over 20 rock and metal artists which include Delain, Sabaton, Steve Harris` British Lion and Metal Allegiance. They join the extensive roster of K2 artists that include Alter Bridge, Ghost, Gojira, Iron Maiden, Mastodon, Metallica and Slayer.”

Richardson added: "We are extremely thrilled at having the opportunity to join and be part of the K2 team after working with and knowing John for many years. It felt that joining the K2 team is more than a positive step forward and we are delighted to be bringing our roster of artists over to K2.

"I am very fortunate to be joining such a respected company that prides itself on a top quality service to their roster of artists and I look forward to an exciting and successful future at K2."