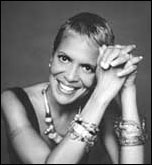 "Sylvia is a first-class music executive who not only brings a unique understanding of the creative community but extensive management experience," said Doug Morris, Universal Music Group chairman/CEO, who worked with Rhone at Atlantic Records.

"As we continue to expand Universal Motown's A&R driven strategy," says Mel Lewinter, chairman Universal Motown Record Group,who also worked with Rhone at Atlantic Records, "there is no one better to compliment our team than Sylvia. Her enthusiasm for discovering a diversity of artists and her unique vision regarding the complexity of new platforms and formats that drive our industry make her a natural to lead Motown's evolution into the future. And she gets me into Nobu without a reservation."

"I am delighted to have the opportunity to work with Sylvia," said Universal President Monte Lipman. "I know that her creative spirit, passion, and unparalleled business skills will help us continue to break new ground for our artists."

"It's an honor and a homecoming to be working with Doug Morris and Mel Lewinter again," said Rhone. "The culture they've created here is a huge breath of fresh air and the consummate music environment: One that breeds passion, creativity, respect and unparalleled success. I consider Doug Morris the seminal music man, and couldn't ask for better colleagues to work with than Mel, Jimmy Iovine, L.A. Reid and Monte Lipman. I look forward to being part their continuing success story and the amazing legacy of this historic and vibrant label."

Rhone began her career with Buddha Records in 1974. Over the next several years, primarily with Atlantic Records, she received a succession of promotions, and in 1986 was appointed VP/GM of Atlantic's Black Music Operation. In 1988, she was promoted to Sr. VP of Atlantic Records. In 1990, she became the first African American woman to head a major record company when she was named CEO/president of Atlantic's new East West Records America division. A year later, when the East West artist roster and operations were combined with Atco Records, Rhone was named chairman/CEO of Atco/EastWest and subsequently EastWest Records America. — Jane Cohen and Bob Grossweiner

(CelebrityAccess MediaWire) — Ronnie Johnson has been promoted to executive vice president of Atlantic Records, Johnson, who joined Atlantic in 1999, had been senior vice president/general manager of the company's Urban Division since January 2002.

"Since joining Atlantic five years ago, Ronnie has grown to become one of the linchpins of the company," said Atlantic co-chairman/COO Craig Kallman. "He has done a phenomenal job in creating an urban music department that is the envy of the industry, while being the driving force behind a remarkable string of breakthrough artist success stories. During the label's transition over the past few months, Ronnie has played a key role in determining the overall direction of the company, and has taken on an expanded role in the evolution of the new Atlantic. This is a much-deserved promotion for a great guy and a great executive." "/P"

"Ronnie is a super-talented music executive with terrific hands-on experience in promotion, marketing, and artist development." said Atlantic resident Julie Greenwald." "He is an inspirational motivator of his troops, and a down-to-earth guy who knows exactly what it takes to get the job done. I am thrilled to have him as my partner as Atlantic begins this exciting new era."

Atlantic chairman/CEO Jason Flom commented: "One of the most important goals of the new Atlantic is to dissolve boundaries between departments and musical genres. Ronnie is not just a great urban music executive — he is a great music executive, period. In the course of his 15 years in this business, he has earned the admiration and respect of artists, managers, and executives throughout our industry. Now, in his new post, Ronnie brings his knowledge, creativity, and insight to the entire Atlantic family."

LOS ANGELES (AP) — Album sales in the United States rose 5.8 percent in the first nine months of this year, reflecting an overall turnaround in music sales that began a year ago on the strength of hit releases and a growing market for digital tracks.

About 463 million albums were sold in the United States between January and Oct. 3, compared with roughly 437.4 million in 2003, according to Nielsen SoundScan.

Overall, the number of albums, singles and digital tracks sold in the first nine months of the year totaled 562.7 million. Comparable numbers for 2003 were not immediately available. A comparison of overall music sales figures through Sept. 26 showed a 5.4 percent increase in units sold this year over the same period in 2003.

The sales data continued to reflect encouraging news for the industry, which suffered a sales slump from 2000 to 2003, prompting a wave of restructuring by record companies and thousands of layoffs.

“After three years of decline, whether we’re competing with softer numbers or not, it’s certainly encouraging to see even modest growth,” said Geoff Mayfield, director of charts and senior analyst for Billboard Magazine.

The rebound began in earnest in September 2003. Over the following 52 weeks, sales were down only 10 weeks compared to 2003, Mayfield said.

The online music market accounted for the sale of more than 93.6 million tracks between January and Oct. 3. Some 19.2 million tracks were purchased in the last six months of 2003, according to Nielsen SoundScan.

The popularity of downloads has been helped by a flurry of companies breaking into the market following the success of Apple Computer Inc.’s iTunes Music Store and iPod digital player.

It’s still too early to tell how the fourth quarter sales will compare to last year.

Traditionally, record companies release their strongest offerings in the fourth quarter in hopes of capturing a big slice of holiday shopping sales.

U2, Eminem, Destiny’s Child and R.E.M., are among the acts due to release new albums over the next three months.

Despite the overall increase in sales, the last three weeks have been down compared with the same period last year, when John Mayer’s “Bigger Than My Body” and OutKast’s hit double album, “Speakerboxxx/The Love Below,” were out.

And while 2004 began strong with releases by Norah Jones and Usher each selling more than 1 million copies in their debuts, no other release has since matched that.

The upswing in sales appears to be happening at the same time as online file-sharing, which the recording industry blames for its sales declines in recent years and has tried to stamp out through an ongoing legal campaign against computer users, continues to thrive.

More than 6.8 million people were signed on to file-sharing networks at any given moment in August, compared with 3.8 million in August 2003, according to BigChampagne LLC, an online media tracking firm.

While still a fraction of overall music sales and online file-sharing, sales of digital tracks are encouraging, and if anything, may hint at additional non-digital sales down the road.

U2’s latest single, “Vertigo,” which debuted on iTunes last week, is one example. More than 30,000 copies of the track were sold in one week, the most since Nielsen SoundScan began tracking such sales.

MINNEAPOLIS (AP) — An anti-discrimination group is warning parents about a "white power" music label that is using bulk mailing lists to send racist CDs to teenagers across the country.

An official of Panzerfaust Records said it was pressing 100,000 copies of a "pro-white sampler CD" in a campaign dubbed Project Schoolyard USA, after a similar effort earlier this year in Germany.

"Panzerfaust has intentionally designed its CDs to lure unsuspecting teens with a free giveaway that has the appearance of being just another free compilation of cutting edge music," Abraham H. Foxman, national director of the Anti-Defamation League, said in a statement this week.

"In reality it is a thinly veiled attempt to attract kids to hateful, racist music and white power bands," he said.

Panzerfaust, based in the Twin Cities suburb of Newport, says on its Web site that white teenagers are the target audience for its CD, which features song titles such as "White Supremacy," "Hate Train Rolling" and "Commie Scum."

"Obviously there's a message behind the music, and the message is one that we're also interested in marketing as well," said Byron Calvert, one of the men who operate Panzerfaust, named after a Nazi anti-tank weapon.

Calvert, 33, said Wednesday that his label already had sent out 5,000 CDs — most were direct-mailed to teenagers nationwide with interests including heavy metal music or skateboarding. Calvert bought bulk mailing lists to obtain the teens' names and addresses.

The CDs were also sent to supporters to distribute at skate parks, gun shows, flea markets and schools, Calvert said. They also were available via the Web site for 15 cents a copy.

Calvert, whose legal name is Bryant Calvert Cecchini, last worked at Resistance Records, another white-power label based in West Virginia. In 1989, at age 17, he was sentenced to more than three years in prison for stabbing two men.