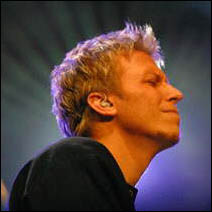 (CelebrityAccess News Service) — Shipments of Latin music CDs increased 1.7 percent in the first six months of 2003 according to statistics released by the Recording Industry Association of America (RIAA).

"Physical goods piracy of Latin music continues to affect the entire industry. We have accordingly expanded our efforts to target counterfeit and bootlegged Latin CDs," said Rafael Fernandez, vice president of Latin music for the RIAA. "Our Anti-Piracy Unit's stepped up efforts during the first six months of 2003 have netted 200 percent more counterfeit and pirate music CDs than last year, the majority of which was Latin music. This success is significant because, in an increasing number of cases, pirated Latin music is illegally pressed in plants instead of copied onto blank CD-Rs."

The figures in this report reflect net shipments of full-length CDs, cassettes, music videos and DVDs into the marketplace and the dollar value of those shipments (at suggested list price) as reported by BMG U.S. Latin, EMI Latin, Sony Discos, Universal Music Group, including Univision Music Group, and Warner Music Latina. The RIAA's coverage of the U.S. Latin music market is estimated at approximately 80 to 90 percent. No projection of the non-reporting segment of the market is made. Latin music is defined as product that is 51 percent or more in Spanish language. The accounting firm of PricewaterhouseCoopers LLP compiled this report.–Jane Cohen and Bob Grossweiner