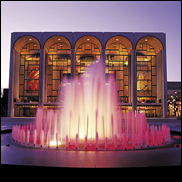 NEW YORK (CelebrityAccess) — New York City's Lincoln Center announced that it plans to drop the name of Avery Fisher from its concert hall and sell naming rights for the performance space in order to help finance a $500 million renovation of the facility.

According to the Associated Press, the renovation is scheduled to start in 2019. The hall, originally opened in 1962, was named for philanthropist Avery Fisher in 1973, after he donated $10.5 million to the New York Philharmonic. ABC News reported that the Fisher family has accepted $15 million from Lincoln Center in exchange for the naming rights to the venue.

Fisher's children, Nancy Fisher, Charles Avery Fisher and Barbara Fisher Snow, said in a statement released by Lincoln Center, "We are committed to preserving the future of classical music in New York City, and recognize that Avery Fisher Hall must be rebuilt in order to preserve what we treasure."

"While our family enjoyed over 40 years of our father's gift being highly visible, it is now time to relinquish that spotlight and allow growth and change at Lincoln Center. We are very pleased with Lincoln Center's plans to maintain Avery Fisher's legacy, exemplified by his great love for classical music and musicians."

Renovation plans incldude a new Lincoln Center Hall of Fame that will celebrate all of the performing arts that includes interactive displays similar to those found in the September 11 musuem. – Staff Writers