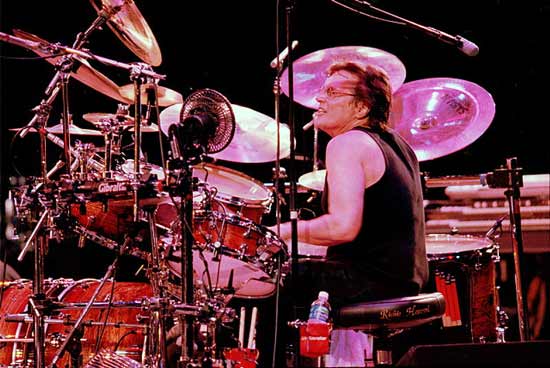 Hayward's first night with Dylan's band was February 28 at Cain's Ballroom in Tulsa, Okla., where he joined the band for the second song, "Cry A While," and played along with drummer George Receli for the remainder of the set.

Hayward will tour with Dylan until Little Feat's world tour in support of their latest release, "Kickin' It At The Barn," begins on April 15 in Seattle. "I'm having so much fun playing with these guys," said Richie Hayward. "I came up listening to and admiring Bob's work and now I look around on stage, and damn, there he is. This whole experience is such an honor to be a part of."

The drum collaboration of Roceli and Hayward is sure to make some memorable moments onstage. Hayward will play every Dylan show through April 12. –by CelebrityAccess Staff Writers