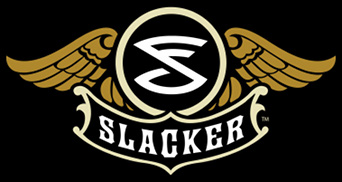 While announcing plans to acquire Slacker, LiveXLive also announced that Andy Schuon has been named president of the company, effective immediately. In his role as president of LiveXLive Media, Schuon will report directly to Robert Ellin.

Most recently, Schuon was involved in a group of acquisitions that included Fox's former Fuel TV network. He is the co-founder of REVOLT TV with Sean "Diddy" Combs and led both the development and rollout of the network across cable TV, social media, website, and apps.

"The passion for live music has never been greater, and LiveXLive is focused on being the brand-of-record – globally – for live music information, music-focused content and the streaming of music's biggest festivals and events," stated Andy Schuon, President of LiveXLive Media. "I walked into a radio station at 16, and it became who I am, not what I do. To continue to have the opportunity to shape the future of music streaming services and streaming radio with a leading platform like Slacker Radio is incredibly exciting," Schuon continued. "I look forward to working with the Slacker team as we bring the worlds of recorded music and live music together with the best audio and video content."

Founded in 2006, Slacker was technologically similar to its competitors such as Pandora but differentiated itself through the Slacker Portable Player, a portable music player connected to the streaming service which as released at a time when such concepts were still novel. Slacker has since ditched the consumer electronics in place of smartphone apps.

News of the acquisition comes just four months after Slacker laid off about a quarter of their workforce.