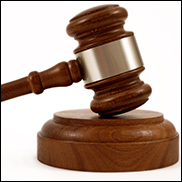 (Hypebot) – Universal Music and several co-plaintiffs allege that music was being offered during flights without proper licensing agreements. Provider Global Eagle Entertainment countersued, but yesterday a judge sided with the music industry.


By Matt Reynolds of Courthouse News


Universal Music, Polygram and others sued Global Eagle Entertainment dba Inflight Productions in May 2014, claiming it provided music on airlines in the United States without licenses.


The federal complaint claimed that Inflight had provided sound recordings and music videos for passenger airlines that infringed copyright "hundreds, if not thousands" of times.


Black Eyed Peas, Katy Perry, Rihanna, Eminem and Lady Gaga were among the artists whose works had been infringed, the record labels and music publishers said.


Inflight filed a counterclaim in March, claiming it had contacted Universal through a UK-based intellectual property rights consultant in 2009, to negotiate licenses for the United States to fill gaps in its "patchwork of licenses around the world." Inflight claims that the companies agreed to licensing terms, and told Inflight it could reproduce and distribute the sound recordings in the United States.


But the record companies were secretly intending to hold Inflight liable for using the recordings without a license, the company claimed.


"Ignoring their own misrepresentations and concealments, Universal Music is now attempting to use 'statutory damages' under United States copyright law as a so-called Sword of Damocles to extract large sums of money," Inflight said in its counterclaim.


It claims that Universal also interfered with its business by negotiating directly with airlines after sending Inflight a cease-and-desist letter in November 2013. As a result, Inflight says, it was forced to move its operations outside the United States.


At a Monday morning hearing, U.S. District Judge Margaret Morrow made final a tentative order granting the record companies' motion to dismiss, finding that Inflight had failed to provide sufficient facts to support its claims.


Morrow found that Inflight "failed to plead the 'who,' 'what,' and 'why' of the alleged fraud and negligent misrepresentations."


"Counter-claimants allege that plaintiffs collectively engaged in fraud by making a false promise to permit them to continue their reproduction of the sound recordings," Morrow wrote. "They do not differentiate between plaintiffs, nor allege even that plaintiffs acted through their managing agents or employees."


Universal Music and its co-plaintiffs are seeking maximum statutory damages of $150,000 for each work that Inflight infringed, or an award of profits and compensatory damages. They also seek restitution of Inflight's profits, punitive and exemplary damages, and an injunction.