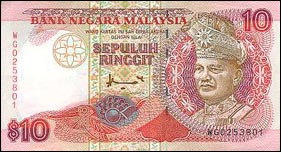 KUALA LUMPUR (CelebrityAccess MediaWire) — According to ‘The New Straits Times Press’ the Malaysian government is looking into ways to reduce the entertainment tax for concert organisers as an incentive for them to organise more functions to help boost the tourism industry.

Currently, the incentive is only applicable in the Federal Territory where the tax imposed by local councils is five per cent.

In other areas the tax structure for concert organizers can go as high as 25 per cent.

Deputy Tourism Minister Datuk Donald Lim Siang Chai is of the view that entertainment tourism, like other niche and innovative tourism products, is a way to market the tourism sector.

Speaking after witnessing a signing between concert organizer STAR Planet Sdn Bhd and travel agency operator Galileo Asia LLC, Lim said the reduction was long overdue as the sector was wooing concert fans to holiday in the country.

“We will bring up this matter with the ministry concerned to see how it can be amended to benefit the local entertainment industry.” He said 1.4 million of the 16.4 million tourists to the country last year were entertainment tourists, who generated close to RM2 billion in revenue for the industry.

“Malaysia’s main attraction will always be its natural beauty and cultural heritage, but that doesn’t mean that niche markets such as entertainment tourism do not have a significant role to play in attracting tourists,” Foo said.

Despite not aggressively marketing its concerts overseas, STAR Planet’s events have attracted tourists from Thailand, Indonesia, Singapore, Taiwan, the Philippines, Hong Kong and China, making up 10 per cent of the total number of concert-goers which is about 25,000.

“We are confident that our partnership with Galileo and the inclusion of our concerts and events in travel itineraries will increase the number of foreigners attending our concerts.”