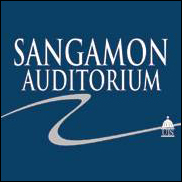 SPRINGFIELD, IL (CelebrityAccess) — An Illinois man died after a 25-foot fall under a stage during a concert by a Pink Floyd tribute band.

The Springfield State Journal-Register reported that 51-year-old John Kremitzki of Petersburg died Monday afternoon, a day after he fell through an opening in the stage during a concert by Brit Floyd at University of Illinois Springfield's Sangamon Auditorium

According to the State Journal-Register, Coroner Cinda Edwards said that an autopsy determined that Kremitzki died from blunt force trauma related to a fall and said that the incident appeared to be accidental.

Kremitzki was seated in the front row with other audience members in an area close to the stage near the orchestra pit and first fell into a ledge about 5 feet below the stage and then an additional 20 feet to the basement floor, the report said. The opening into the basement that Kremitzki fell through was only covered by a curtain.

A report by University of Illinois Springfield Police obtained by the State Journal-Register said that Kremitzki, a diabetic, had been drinking at the venue and may have suffered a seizure before the fall. A woman identified as Kremitzki's wife told investigators that "She wasn't sure if he started to black out when he stood up or what happened, but when he started to stand up, he ended up lunging forward and disappeared through the curtain."

Another audience member, Greg Hoffman of Springfield, tried to rescue Kremitzki from the ledge but ended up falling with Kremitzki. He is listed in good condition, the State Journal-Register said. – Staff Writers