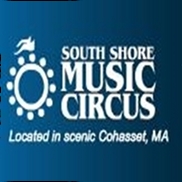 COHASSET, MA (CelebrityAccess MediaWire) — Howie Turkenkopf has been announced as the new Director of Marketing for Music Circus and Melody Tent.

Howie Turkenkopf comes to the South Shore Music Circus in Cohasset and the Cape Cod Melody Tent in Hyannis from Live Nation as the Brand Marketing Manager for House of Blues Boston.

Howie has more than a dozen years of music industry and concert marketing experience. He began his career as the Marketing Director for Gamelan Productions and the Berkshire Mountain Music Festival. In between his marketing roles, Howie has also worked as an independent artist manager.

“We are very excited about the addition of Howie to the Music Circus and Melody Tent team. His years of experience in the New England and national music scene will be of immediate value to our organization and we look forward to a successful 2011 season," said Vincent Longo, Executive Producer.

The only two continuously-operating tent theatres in the United States, the South Shore Music Circus and Cape Cod Melody Tent have hosted world-class entertainment for nearly 60 years, serving nearly 200,000 patrons annually. Both the Music Circus and Melody Tent, as well as Music Circus Productions, are operated by South Shore Playhouse Associates (SSPA), a not-for-profit organization that supports arts and education in southeastern Massachusetts.

In the past decade, the SSPA has distributed over $3.5 million to other local non-profit organizations.