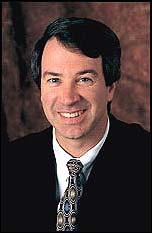 (CelebrityAccess News Service) – Industry veteran Jim McCue has been named senior VP of Talent at House of Blues Concerts, Denver. Barry Fey, who ran the operation since June 2001, will stay on as a consultant.

McCue's responsibilities will include programming for the House of Blues Denver venue, Fiddlers Green, Paramount Theater and overseeing HOB's booking arrangements with the City of Denver at Red Rocks and the University of Denver's Magness Arena. McCue will also continue to promote HOB events at the Pepsi Center and other venues in Denver and throughout the Rocky Mountain region.

I’m especially please that Jim McCue is joining our team at House of Blues,” says Alex Hodges, EVP of Talent. “Jim’s background as an agent, venue operator, promoter, and event producer is a perfect fit for the Denver market.”

McCue comes to House of Blues from the Rose Garden Arena and Rose Garden Quarter in Portland, OR where he was vice president, Arena Sales and Marketing for the past seven years. In July he resigned his position voluntarily after Steve Patterson, new president of the Portland Trail Blazers and Oregon Arena Corp., announced that 30 percent of the workforce would be laid off(CelebrityAccess, July 18). Prior to that, McCue was vice president for First & Goal, Inc., director of Events for Palace Sports & Entertainment, and an agent at ICM in both New York and Los Angeles.

"I'm thrilled to be joining a great entertainment company and reuniting with my former ICM teammate Alex Hodges," says McCue. –by Jane Cohen and Bob Grossweiner