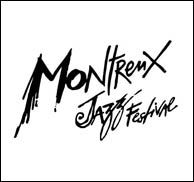 MONTREAUX, Switzerland (CelebrityAccess MediaWire) — The Montreaux Jazz Festival has announced an initial lineup that includes performers such as Arcade Fire, Santana & John McLaughlin and Sting for the 45th anniversay of the fest.


Deep Purple is scheduled to close the festival on July 16th.


Additional lineup announcements are expected later this week. The initial round was released a little earlier than anticipated after an uknown party obtained a copy of a PDF from the festival's website and parts of the lineup started to show up around the blogosphere.


"Some of you – including us – were surprised to discover the Montreux Jazz Festival programme this morning on various blogs, social networks and media websites. Apparently, someone found a way to download the pdf version. Internet then made its job and the news spread very quickly on the web." read a post on the festival's website.


"We are flattered that this information catches so much attention and gives rise to many rumors, though we would obviously have preferred that the program was announced as scheduled on April 14, 2011. To put an end to the remaining questions (hoax? buzz?), here is the link to download the 2011 programme. We are currently investigating on the sources of this leak with a specialised society." the post continued.


The 17-day Swiss festival is spread across 12 venues and regularly attracts more than 230,000 visitors. The event was founded by Claude Nobs in 1967 and has since become a major destination on the European festival scene. – CelebrityAccess Staff Writers