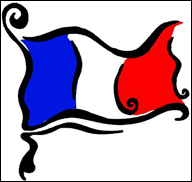 PARIS (VIP-NEWS) — The wholesale value of the French recorded music market in the first nine months of 2008 decreased to €382 million, down 13.9% from the corresponding period last year, according to new figures issued by labels trade body SNEP. It follows a 20.5% year-on-year shortfall registered for the first nine months in 2007.

The reduction in the rate of decline is mainly due to a stronger growth in digital sales, up 52.6% to €52.8 million. Digital represented 14% of the French market during the period.

"These are good figures," commented Christophe Lameignère, chairman and CEO of Sony BMG France and president of SNEP at a press conference held in Paris.

Lameignère said that the digital growth was mainly attributable to new deals signed by French mobile carriers Orange and SFR, which included fees paid to record companies as part of a guaranteed minimum income. Streaming and subscription services represented 21% of digital sales, compared with 33.7% for Internet download and 45.1% for mobile income.

Overall, classical repertoire represented 8% of France's recorded music market, down from 9.4% in the corresponding period in 2007.

The share of local repertoire in non-classical music was 58.3%, down from 59%.

"We know the law won't eradicate online piracy," added Lameignère, "still, we hope it will help reduce it to acceptable levels."

In his Sony BMG France role, Lameignère committed to abandon DRM on a-la-carte download services as soon as the law would be adopted and hinted other major companies would be ready to do the same. "It is crucial that we act altogether at the same time in order to send a strong message to the public," he said. According to Billboard