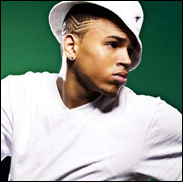 NEW YORK (CelebrityAccess MediaWire) — The pipeline for popular music to be licensed as a commercial jingle is getting shorter all the time. Consider the recent case of R&B singer Chris Brown's latest hit "Forever." Astute listeners with sufficient life experience may recognize the song's hook as being lifted from an old Wrigley's gum ad jingle from 1960. So what you say, R&B artists frequently sample from a variety of sources? Well in this case, it proves to be more than just sampling.

As it turns out, the entire 4.5 minute song was in fact, a commercial commissioned by the good folks at Wrigley's Gum. The song will be featured in 30 second commercial spots on television in August. Similar efforts are in the works for Big Red gum with a track by Ne-Yo and Julianna Hough is working on a new songmercial for Juicy Fruit gum

The idea for the campaign was hatched by Steve Stoute, a former Interscope records exec who is currently the CEO at Translation Advertising. According to the Wall Street Journal, Wrigley's sales had been flat last year and they were looking for innovative ways to reach consumers. The Journal noted that Chris Brown was chosen for Doublemint song as the black consumer prefer it over other brands, according to consumer research.

Chris Brown's takehome pay from the Doublemint commercial was not made public. – CelebrityAccess Staff Writers