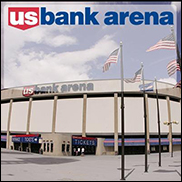 CINCINNATI (CelebrityAccess) — Nederlander Entertainment, owner, and operator of the U.S. Bank Arena has proposed a major refurb of the venue.

According to the Cincinnati Enquirer, the top-to-bottom refit of the venue would cost $370 million, but would ultimately see ownership of the arena passed to the public.

The Nederlander plan would be funded by a seven-year extension of the quarter-cent sales tax now being used to renovate Union Terminal that would bring in an estimated $313 million. Of this money, $35 to $40 million would be used by the Port of Greater Cincinnati Development Authority to purchase the arena from Nederlander, who would then be paid to operate the venue, according to the Enquirer.

The plan also calls for additional events at the arena to bolster revenue streams by an estimated $34 million over six years, as well as increased parking fees, and an admission tax which Nederlander estimates would add $14 million and $9 million respectively, the Enquirer reported.

The proposed refurb would see the arena rebuilt from the pad up, adding increased capacity, more VIP seating, and more guest amenities, and will take two years to complete the Enquirer said.

The deal now faces the hurdle of approval by Hamilton County commissioners, who, for now at least, seem skeptical.

"I worry about getting the Port into a situation of taking on public debt," Former Cincinnati Mayor and Port Board Chairman Charlie Luken told the Enquirer. "The revenue stream isn't assured. It put us in the position of assuming that if they build it, people will come. I'm not comfortable with that."