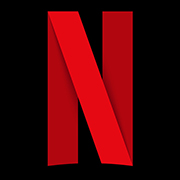 Netflix added 5.2 million subscribers in the last quarter, their biggest increase ever in their slowest period.

It's the programming stupid!

Now when a new show comes out there are reviews. But this is not like a film, where you can go and digest it in two hours. Most of Netflix's series require ten hours or so, which means except for the hottest product, and even for that, people take days, weeks, even months to devour it. And then they talk about it and get others to view it, to even sign up and view it.

The old economy builds up to a one time date, an event, where everybody is supposed to rain down money. You're supposed to be in a state of frenzy, where you cannot resist.

But look at the news business. Almost no stories sustain. Assuming they're heard at all. Now the key is to have a story that sticks. How do you accomplish that?

Every week the media publishes the top ten records.

But you know what the biggest story right now is? "Despacito," smashing all previous streaming records. And that's been in the marketplace for half a year! Meanwhile, it seems that Katy Perry's new album, which entered at number one, has been completely forgotten.

Do you know who likes charts? RECORD COMPANIES! They give the patina of coherence to a world of chaos. But chaos rules.

In other words, the day of release is when the hard work begins. It probably doesn't pay to make a big effort before that. Which is why superstars drop their new albums with no advance publicity. You hit the ground running. Or even better, you release product and wait for the reaction. If you get none, truly smart producers create and drop more product. Forget the album, you're looking for a reaction, and if you get none, it's back to the drawing board. Don't like this week's big budget Netflix series? That's okay, we've got another in two weeks, meanwhile your friend will tell you over coffee about a show they're hooked on that came out months ago and you'll dig deep and…

Hip-hop operates outside the major label system. No, that's not completely true, but hip-hop is about continuous product, oftentimes released for free, and then something catches fire and runs up the Spotify chart and STAYS THERE! Hits take longer to make and they stay longer when made. And they're made by fans at home, listening to the Rap Caviar playlist on Spotify, researching and exchanging ideas causing people to check out what they're hearing about.

This is already starting to happen in country, which is gaining traction on streaming services. And when it does… Beware! The format is gonna widen, the fear of women being shut out will prove fallacious. Radio will lose its stranglehold. As it is, country on Spotify is programmed by John Marks, who is legendary for getting records started on Sirius XM.

You've got to have a scene, you've got to have word of mouth. This is what is hurting rock. Too many Luddites inured to the CD who want to live in their silos. The story of the future, the hit future, is not niche but broad-based acceptance. If you're not fighting for every dollar, you're not gonna get many dollars. One movie a weekend succeeds. There are four hundred plus scripted shows a year, but only a few winners. You want to be a winner. How do you do this? By being in the marketplace and seeing if your product catches fire.

Now you can chase success, build on a story, add fuel to the fire, but it's the public that makes hits today, certainly in streaming, and if you've been paying attention, streaming rules, it's taken over the music business.

So the paradigm is different. You're creating land mines. Your catalog lives forever online. Forget the big album build-up, the hype. It's ignored. Almost everything is ignored up front. The money is in what lasts. And if someone likes one cut of yours, they're going to check out more. Your success is based upon cumulative streams, not sales of albums, and the streams go on forever.

So it starts slower, takes time to build, and pays beaucoup bucks if it hits.

And if it doesn't.