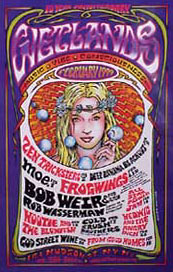 Another Big Apple club is about to bite the dust and close. The neo-hippie jam club Wetlands Preserve, located in Tri-Beca, is closing due to the sale of the building. Club owner Peter Shapiro does not feel that the new owners, who want to sell $2 million condos, want a rock club on the ground floor.

Shapiro told CelebrityAccess that he has looked for alternative spots but has not found anything. "Either every location is way too expensive," he said, "or not as big as Wetlands, and I don't want a smaller space."

The Hudson Street club, which opened 13 years ago but with different ownership, is expecting to shut down in mid-September.