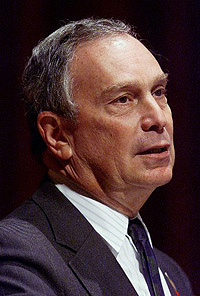 New York Mayor Michael Bloomberg said on January 7 that the city will not build stadiums for the Mets or Yankees this year because of its budget crisis especially with the after effects of the September 11 terrorist attacks on the World Trade Center.

"I think the city should have the best facilities for cultural and for athletic events that we possibly can afford," Bloomberg said. "At the moment, everybody understands — given the lack of housing, given the lack of school space, given the deficit in the operating budget — it is just not practical this year to go and to build new stadiums."

A few days before he left office last month, former Mayor Rudolph Giuliani signed nonbinding deals with the teams to construct two new $800 million stadiums, with the city paying half of that cost. Bloomberg expressed skepticism about the deals given the city's projected $4 billion deficit next year, but Monday's comments were his most explicit so far.