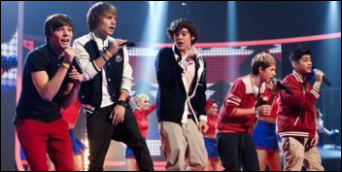 NEW YORK (CelebrityAccess MediaWire) — Tickets for the entire May & June North American tour by UK boy band One Direction sold out mere minutes, with promoter Live Nation adding a second round of dates.

Here's the catch though, the second leg doesn't kick off until June 2013.

One Direction gained public attention in 2010 after an appearance on the television talent show X-Factor UK. The group followed up with a debut album "Up All Night" that enterted the charts at #1 in 14 countries and has since been ertified triple platinum in Ireland, double platinum in the UK & Australia, and platinum in New Zealand. The album also hit the ground running in the U.S., starting at #1 on the Billboard 200 with their single "What Makes You Beautiful" moving more than a million units in the U.S.

An additionl date, a December 3rd, 2012 appearance at Madison Square Garden by One Direction sold out in a mere ten minutes.

"Our fans are simply the best in the world. The support they have shown us has been incredible and we’re all so grateful to each and every one of them. We can’t wait to see everyone this summer, at Madison Square Garden and of course when we play our world tour in 2013," said One Direction's Niall Horan. – CelebrityAccess Staff Writers