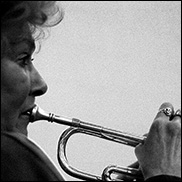 Music is turning into baseball. There’s no sense of history.

For all the fealty paid to classic rock, the truth is the past gets very little ink, even though it can dominate listening. And if you’re not the Beatles or Pink Floyd you may get neither, no attention and no streams.

Last week Cynthia Robinson died and the only place it got notice was in the newspaper. You’d think the music press would be singing hosannas, paying tribute to a female rock star who paved the way, not a singer but an instrumentalist, even though she can be heard yelling ALL THE SQUARES GO HOME in the midst of “Dance To The Music,” a call to action in three minutes featuring this exclamation by Ms. Robinson that contained the essence of the us versus them sixties. You were either hip or you weren’t. You were either clued in or you weren’t. You either grew your hair long or you didn’t.

And for all the deserved attention paid to Jimmy Page and Jeff Beck, Paul McCartney and John Lennon, they’d be the first to point to their roots, the bluesmen of the Mississippi Delta. And African-Americans did not disappear from the music scene, and one of their greatest exponents was one Sylvester Stewart, better known as Sly Stone, who married rock and blues and soul into a delectable concoction under the moniker Sly & the Family Stone that was undeniable.

It started with “Dance To The Music.”

And then Sly had a run of hit singles far outpacing that of Bieber and the wannabes, everybody knew the group’s tracks, black and white, we were all in it together, led by this guy who started off as a deejay and then produced the whitest of groups, the haunting Beau Brummels.

It might have started with “Dance To The Music,” but the apotheosis was “Stand!,” the spring ’69 LP that is never mentioned as one of the best albums ever but contains four classics that make up for the thirteen minute “Sex Machine,” assuming you need justification of Sly working it out at length. Hell, I’ll wager more sex was had to that funky number than the music of all the British Invasion bands combined. Well, maybe not. But unlike so much of the sixties stuff from the Limeys, “Sex Machine” still sounds fresh today.

And I’d be lying if I said I got it, even though it was hiding in plain sight.

Oh, I got the singles. Come on, how many times do you have to hear “Dance To The Music,” once? Tell that to all the wankers with bad voices and no changes who tell you to play their hour plus LPs over and over to get it. Sly grabbed you by the throat and didn’t let go, “Dance To The Music” exploded out of the car speaker.

And then came “Everyday People,” which was all about bringing us together as opposed to pushing us apart. It was the opposite of the blowhard lyrics about partying, rims and ho’s in today’s tracks.

I am no better and neither are you
We are the same, whatever we do

Ain’t that the truth. And “My own beliefs are in my song.” Maybe because Sly wrote it, and it was an era where what you said/sang was much more important than who you dated or how much money you made.

And on the flip side of “Everyday People” was the positively explosive “Sing A Simple Song,” with exhortations by Cynthia.

And then, in the middle of the summer of ’69, came the delectable treat known as “Hot Fun In The Summertime,” a song that put a smile on your face every time you heard it. Song of the summer? Make me puke, today’s construct is a joke, it’s purely about popularity. But Sly and his troupe encapsulated June to September in two and a half minutes, to the point where it still rings true today. Will we say the same about “Call Me Maybe” forty years from now? Two?

And speaking of funky, the next big hit was “Thank You (Falettinme Be Mice Elf Agin).” Which went all the way to number one, even though it sounded nothing like the poppy stuff dominating the airwaves at that time. From back when musicians were revolutionaries, making an individual statement as opposed to just following trends.

And when it looked like Sly was done, when he was becoming known for drugs more than music, he dropped a track so soulful it cut you to the bone. “Family Affair” is chilling, despite in some ways being so warm.

And then there was the last hurrah, 1973’s “If You Want Me To Stay.” And the drums might have been played by Andy Newmark and the bass by Rustee Allen but Cynthia Robinson persevered on trumpet, along with Jerry Martini and newbie Pat Rizzo on saxophones. Cynthia was a lifer, she counted, she was an integral part of the group.

But right smack dab in the middle of the band’s career was the aforementioned “Stand!”

I knew the title track, it got airplay, it was the kind of thing you leaned in closer to hear, back when every track of all time was not at your fingertips, when you waited for your favorites to emanate from the radio. We all need support and inspiration, and that’s what “Stand!” provides.

But I did not know the rest of the album.

But I did know this girl, who was alive with a twinkle in her eye, we talked in the library, occasionally on the phone, and in one of our conversations she revealed her favorite group was Sly & the Family Stone. Take that Jimmy Iovine, who thinks women need to be led to music, hell, they can lead us boys to it just fine.

And being the religious reader of the Sunday “New York Times” Arts & Leisure section that I was I noticed the band was coming to Madison Square Garden, I called her, did she want to go?

I think she wanted to see the band more than she wanted to see me, but in any event she said yes, and we ended up with tickets on the floor, back before all the ducats disappeared in pre-sales, when Regular Joes still had a fighting chance.

And this was back before Sly fell off the deep end, before he appeared late, if he deigned to appear at all. This was February 1970, before he got married on stage at the same venue. This was before the “Woodstock” movie…

The festival is still mentioned, but the impact of the flick is rarely talked about. Despite being the biggest rock festival of all time, few were actually there. But the movie played everywhere. And one of the highlights was when Sly and his band of merry-makers played I WANT TO TAKE YOU HIGHER!

You’ve got no idea what it was like. Back when production was absent, with no backdrop nor lasers, when the music was enough and it wasn’t on hard drive, but played by the assembled multitude.

We were standing on the seats, back when they still had those, and we were thrusting our arms in the air, being taken higher, it was one of the most memorable nights of my life.

But despite all the hits, few knew, I was suddenly a member of a secret society, I was instantly converted, inducted into the church, the religion had been waiting for my conversion, but I was unaware.

But soon everybody knew. That’s the power of the moving image, when it captures lightning in a bottle. Coolness and talent and…

Black women always worked. They had to put food on the table. They were not like white women staying at home playing mom while their hubbies went out to bring home the bacon. But when you’ve got nothing you’ve got nothing to lose. Which is why the biggest breakthroughs always come from the underclass, the underappreciated, who take chances and show us. Where are all the sisters testifying to the trailblazing of Cynthia Robinson? I don’t hear any. They’re myopically focused on white women from New York City, they’re really more about themselves than others, they just want to be stars, they want all the spoils, they don’t know how to be a cog in the machine, a brick in the edifice, an integral element of the production without which the whole thing collapses.

Sly Stone may be dazed and confused, burned out, but his legacy lives on. You only have to hear any of the foregoing tracks once and you get them.

That’s the power of music.

That’s the power of talent.

And Cynthia Robinson was THERE!