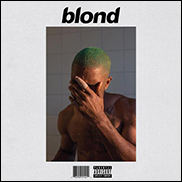 So this is what it's come to. A recorded music industry battered for 16 years, which has seen 60% of its revenue evaporate, has learned nothing, circled the wagons and left the customer out.

That's right, Napster was a consumer revolution. At this late date, only Shawn Fanning and Sean Parker are demonized, but if you think back you'll remember, all those acts and execs complaining that fans just did not know how to do the right thing. Which in this case was to give up piracy and consume overpriced CDs for one good track.

They didn't. They don't even buy CDs anymore. But these same people are complaining that the audience doesn't purchase files, complaining that they stream. Proving, once again, if you want to find people behind the curve, just look to the music industry.

But the truth is the music industry is the most advanced of the media enterprises. It's come through the digital wars scathed, but it's well-prepared for the future. Streaming has won and it's been fan-friendly.

The movie business isn't fan-friendly. Read about a flick and you won't find it on Netflix, never mind Amazon Prime or Hulu. They want you to subscribe to everything and still be left out, which is why the movie business is still battered by piracy. But movies are different from music, despite sequel-mania, the truth is every flick is a one time event, oftentimes seen one time. But musical careers are long term. People want to listen to their favorite tracks over and over, and they hope that their favorite acts deliver new music that will entice them, fans are invested in careers.

As for television… Cord-cutting is real, and although HBO and Showtime have standalone products, ESPN refuses to budge meaningfully. It just announced an app that won't feature its core events, who's waiting for that?

But in music, you can find everything you want to hear, right at your fingertips.

Because there's a conspiracy between Apple Music and the industry to change the game, to get everybody to pay for a subscription by putting hit content behind a paywall.

Apple should be investigated by the government for antitrust. How do you compete with the world's richest company that's got endless cash on hand? You can't. It'd be like expecting hillbillies to get into Harvard if slots went to the highest bidder. The rich get richer and the rest of us…we're left out, just like in America at large, which is why Bernie and Trump got traction, the usual suspects doing it for themselves have rigged the game in their favor, and now the music industry is trying to do this too.

But the truth is few care.

That's right, I said it, most people don't give a crap about the new Frank Ocean album. We've got an industry that promotes marginal products that appeal to few and makes them unavailable to most people? That's hysterical!

The biggest act in the business is Adele, and her music sounds like no one else's. She can sing, the songs are well-constructed, and they appeal to almost everybody. This is the music industry that used to triumph, it's one being left behind as insiders pursue a pop game wherein the youth are everything and if you can't get it on the radio they don't care.

But he can't turn down the cash. And sure, his songs will be available elsewhere eventually, after all the publicity dies down. And it could work for him, although I doubt it, he's leaving the looky-loos alone, and this business has always thrived on the casual listener who drives by and gets hooked, but there are few acts of Ocean's stature.

But there's all this press!

Funny how the press wasn't interested in Major Lazer's "Lean On," which ended up being the biggest track of the year on Spotify.

We need a free tier. We need a place where casual fans can experience new music. We're in the business of building lifelong fans, but how do you do this when you can't hear the music first, when you've got to overpay to experience it, that's a twentieth century model but we're deep in the twenty first!

For a while there, about ten years ago, the music industry paid fealty to its fans, saying they were the most important element in the food chain.

Every act still does. After thanking Jesus, they lavish praise on their fans.

But it's dishonest, it's bait and switch, it's no different from Republicans appealing to rank and file workers by cutting taxes on the rich, no different from Democrats letting unions wither on the vine, expecting laborers to still go blue.

This is what happens when you neglect your constituency.

But it's not hard to believe this is happening when Jimmy Iovine at Apple Music used to be a label executive, when Apple used to have monopolies via breakthrough products. Apple Music is a me-too product that works badly that's locked behind a paywall and the music industry wants it to be the dominant platform so the fan is squeezed and indie acts are pushed down to the bottom where they belong.

And it's all happening now.

And Frank Ocean is complicit.

Shame on you Frank, and shame on everybody else who takes money from Apple and screws fans. There's enough money in music without taking every last buck, and the joke is on you, for thinking so short term, you want your music available to everybody, because in these days of information overload we need nobody, everybody is superfluous, you don't want to enter the marketplace with one hand tied behind your back.