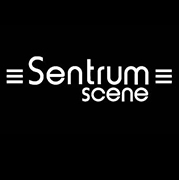 According to NBC News, Oslo police reported that part of the roof of the Sentrum Scene collapsed just before 5:30 p.m. local time. It was unclear of Aoki was performing at the time of the collapse.

Among the injured were 13 Norwegians, one French and one German national, but none of the injuries were serious police said.

In a subsequent Twitter post, Aoki wrote: "saddened and shocked that a piece of the roof collapsed in an accident at the venue in Oslo tonight."

"My thoughts are with those injured, and I wish them a speedy recovery," he added in a second tweet. – Staff Writers

A press release from the venue provided more information abotut the event:

We are terribly sorry for the accident that happened at Sentrum Scene today. Parts of the cement plaster in the ceiling (about 1m2) fell down and injured some of the audience attending the event.
As far as we know at this time, no one was critically injured. We thank all our staff and security personnel who were present for their effort in assisting the guests and evacuating Sentrum Scene in a efficient and safe way.

Our thoughts goes out to the ones touched by the accident and to the students who where attending what was supposed to be a nice and positive event.

We are very concerned about safety. Attending a concert at Sentrum Scene should always be a safe and pleasant experience for our guests and staff, and we will continue to focus on security and safety in the future.

We are awaiting more information from the Police and the technical examinations, to find the reason why the cement plaster fell from the ceiling.