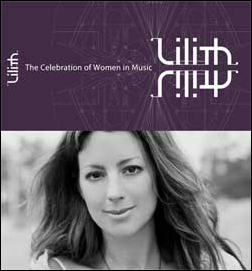 Lilith Fair co-founder Terry McBride on the tour’s travails: ‘No matter what the media says, there won’t be any more cancellations’

Terry McBride is making a classic twenty first century mistake. He’s playing to the media, not the fans.

Yes, Lilith got caught in the Tour Crunch Of 2010. It played by the old rules when we’ve suddenly been ushered into a new world.

Remember the Dixie Chicks? They were excoriated by the press, dropped from country radio and then went on a sold-out tour. How could that be? They sold all the tickets months in advance, before the fracas occurred.

Then Celine Dion leaves Vegas and puts shows on sale over a year in advance. Do you know what you’re doing fifteen months from now? I certainly don’t, unless it’s a holiday, and then I sure don’t want to go to a show.

And feeding this frenzy we had high prices and scalpers and ultimately V.I.P. packages, all based on the premise that it was hard to get a ticket and everybody wanted to go. But suddenly, when Miley Cyrus went to paperless ticketing, it turned out demand, if not skimpy, was far less than perception. Gigs no longer sold out. Mothers were no longer pissed.

And I don’t want to get into a long discussion of career arcs, who’s hot and who’s not, then again, I must say if you’re hot, your tickets sell, but very few acts are that hot today.

That’s inherent in business. We wanted to remove it from the concert world. If you truly believe in your show, stage it. Because you won’t truly know what demand is until the very last minute, because concertgoing culture has changed. Only diehards need to buy in advance. Others wait to see what their plans are, who’s going, what the price is.

Ever notice that all movies are the same price? Sure, 3-D has gone through the roof, but the numbers are not good

Is every act in it for himself or are we in it together? Especially now, when very few acts can drive enough business to meet the guarantee. Prices need to come down so people come to the show on a regular basis. This is not only good for Live Nation, but business at large. People get into the habit of going and they’re willing to take a risk. Now, going to a show is getting married. Can we turn it into a date? A bad date is troublesome, but you shrug your shoulders and move on. A bad marriage? You’ve got to get a divorce, there are money issues, it’s hell. If going to the show is hell, how often do we expect people to go?

If there’s price protection at every electronics store, how come we can’t have it in the music industry? If you buy a ticket and the price goes down, we refund the difference.

Without it, you’ve got no business. When your product is hot, people will line up to buy it. I.e. Dell. Then Dell outsources customer service to Bangalore, makes defective computers and denies it and business goes elsewhere, in this case to HP. (Never mind that Dell didn’t see the model change to retail sales at physical establishments once PCs had become a commodity.)

Just because you put up a show, that doesn’t mean people want to go. It’s got to be a good proposition. The bill has to be desirable. Don’t build a show by favors, but what will bring people through the door. And, if fewer people are coming, bring in a co-headliner. The ancient acts do it at the sheds, why can’t newer acts do it too?

You can control mainstream media, but you can’t control fans. It’s like there’s a black market in information, only in this case, the black market is the real market. You’ve got relationships with writers, they bend over backwards to be nice to you, desiring further access. Then you’ve got the fans, on Facebook, tweeting, and it’s only what they say which is truly important, because they’re the ones buying the tickets! I’m not saying you should ignore mainstream media, I’m just saying it should be secondary to social media, placating the fans.

Terry McBride and Lilith should have special timed offers on Twitter. One VIP ticket for free a day. Or auction off a meeting with Sarah or every star with the proceeds going to charity. Or auction off a signed guitar. Make it quick, leave the mainstream out. Get fans to go into a frenzy and tell each other. Also, why isn’t Terry giving away performances in homes in every market? Come on, some act on his bill would be willing to show up and play in a living room to build excitement. For a new model guy, Terry’s positively old school here. You’ve got to drive people to the show today. And you do this via the Web, via social media.

Desperation is a turn-off. You can’t beg the customer to come, but you can relax and give the appearance that you’re all in it together. Terry looks like Nixon. Or Roger Clemens. No one believes Roger Clemens is innocent, even though none of us know for sure. Everyone thinks Lilith is in trouble. How do you combat that perception? Not by telling me what a great car the sudden acceleration Toyota is. Hell, did you notice when Toyota got in trouble, they focused on price? If your tour is in trouble, maybe you should do the same thing, because businesses across the nation see that that works, that everybody’s got a price.

They paid for your tour, without them you’re nothing, or at least a hell of a lot poorer. LN’s got tons of its own issues. But by pointing your finger at them, absolving yourself of power, you’re just playing the blame game, you look like you’re in the second grade. You got in business with Live Nation, defend them! Terry does a halfway good job of doing that here, but I don’t want one more act complaining about Ticketmaster or parking fees. Lower YOUR fees and put limits in your Live Nation contract. Go to all-in ticketing. Reduce parking and beer. Sure, the latter is difficult, but let’s be clear, fees are the profit center for Live Nation and they can’t eliminate them until you lower your guarantee. So, either you’re part of the problem or part of the solution. Either you’re willing to take less up front and work with Live Nation as a partner or you’re greedy, no different from the bankers on Wall Street.

Your album can’t come out after the tour begins. No way. Demand is just not that great. Hell, we may go completely topsy-turvy, the tour might be months after the record release, when demand has been established. Almost no acts get recorded music traction anymore. If you’re using this to create demand, you’re screwed when the release date slips or your album stiffs. There’s no buzz on Lilith. Sarah doesn’t have a hit record. There’s no URGE! Maybe all these acts should have done a one off album in advance. Gotten them all in a room and recorded a bunch of covers. You can stream it on YouTube, embed it on your Facebook page and buy it on iTunes. (Or acts should emulate the jam bands, instead of making it about rote performances of recorded hits, make every show unique and different, with new songs and improvisation, so either you were in attendance or you missed it…sure, it ends up on YouTube and RapidShare, but it’s not like being there, then again, watch it or see it after the fact and you want go to next time…P2P and the Web are your friends!)

Then you’d better be building one hell of a show. That’s the U2 model, the album’s far from successful, but they go on tour with bells and whistles. Or the superstar of yore reunites, like the Police. Today even the Eagles no longer go clean. Everybody has to create demand. Is it a hit single, cheap prices, magic marketing, an incredible bill… All of these elements are now key. Screw up a bit and you’ve got a Pontiac Aztek instead of a Scion xB. And isn’t it funny that Pontiac is out of business. Yes, a few mistakes and you’ll be gone too. At least car companies try, they refresh models every few years. Do you want to buy an ‘82 Cutlass? Then why do you think people want to overpay to see you perform your old hits every year at the amphitheatre?