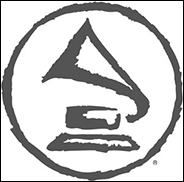 It’s a mainstream show in a niche world, no wonder everybody is unhappy.

It’s no longer 1985, MTV does not rule and we do not live in a monoculture where everybody knows the same hits. The internet blew that paradigm apart, but the old media lions did not get the message. Recorded music lost half its value yet TV and film believe they’re immune. Thinking people respect their wares and execs are smart and the truth is we lived through the greatest disruption of our lifetimes and those in the arts still have not gotten the message.

The proletariat owns the arts. And when you try to falsely purvey to them they puke.

The truth is no one likes all the music sung on the Grammys.

And the show is playing to a theoretical audience that doesn’t exist. One in which we love everybody and everybody’s deserving of a trophy.

Whereas the truth is our nation has never been more divided in our lifetimes. And what music has done is to put its head in the sand. Selling the same sound over and over again. We’ve got the same damn spirit we had in 1969. The classic rockers are still traipsing the boards, country music is a pale imitation of what once was and rap has been ruling for so long, decades at this point, that one forgets that in the MTV era one sound replaced another every couple of years. Hair bands were replaced by grunge which was pushed aside by pop and hip-hop. Where’s the new sound today?

No wonder nobody cares.

But you’ve got a cheerleading media beholden to the labels so you’re told that music is healthy. Forget the business, music is on life support. Because the best and the brightest have abandoned it and everyone left in the building is solely about cash. Art is about speaking truth to power, where was the truth tonight?

Over on HBO, John Oliver was analyzing why Trump could get away with uttering falsehoods, why people believed them, what we could do about it.

And on CBS we had uneducated nitwits fawning over each other in duets as if we cared.

Trump is the biggest rock star extant today. Because he got everybody’s attention, and we live in an attention economy. Whereas most people avoid the Spotify Top 50 and you need a guidebook to listen to the music, you’ve got to be a history buff, it’s so self-referential.

Trump understands shock and awe. Something Andrew Loog Oldham and the Stones specialized in, remember when Mick and the boys were dangerous, and Alice Cooper perfected. The world was against Vince Furnier, except for his audience. And one of Vince’s big songs, after “Dead Babies” and “Under My Wheels,” never mind the angst of “I’m Eighteen,” was “Elected.” He made a joke of the ’72 election, which truly was. Who’s poking fun at the political shenanigans today?

Vince/Alice freaks out the public with a record shrouded in panties and today the goal is to sell your own panties or hoodies or perfume, anything the lemmings who listen will consume. What happened to art? Art is all about conception. Housing your album in a school desk, brilliant. Hooking up with Samsung, lowest common denominator.

Music is ripe for disruption. And said disruption will be something inimitable that appeals to everybody. A new sound that’s less niche and more mass. Kinda like Trump, a dividing line that got us all paying attention. The Donald, love ’em or hate ’em, but you can’t stop paying attention to him. And the truth is however much it might bug you, he won.

And CBS and the artists were afraid of the blowback. Imagine if someone did take a political stand, a swipe at the President on the show, it’d be front page news, it would spread like wildfire over the internet. Instead, Adele won another couple of awards. For an album that’s mediocre that wasn’t on streaming services. There you have the music industry in a nutshell. Mercenary, hocking second-rate products. Read the press and you’d think Adele was the next Beatles, listen to “25” and you were bored silly, you wanted to take it off. But we had to hear how great she was again and again again. The same way these same wankers told us Hillary was gonna win.

But no one can say no to being on the show. They think by reaching everybody they’ve won. When the truth is it just demonstrates they’re pawns in the game, tools of the system. Have a little self-respect. If duets were that popular they’d dominate the airwaves, and they don’t. And all the trappings, the dancers on stage, in what world does that really happen?

And the truth is TV is bad for you, your image, your career. This is not the grainy clips of yore, rather you’re broadcast in HD on the big screen and the end result is it makes you look small. Music is something you feel, and you feel it at the gig, not on TV. And first and foremost it’s something you listen to, but that paradigm left the building eons ago.

Who cares who wins these awards? Other than those on the undercard who are trolling for bio material, the truth is everybody forgets who won and the awards have no impact, kinda like awards shows themselves. Remember when we all live-tweeted, well, the music has stayed the same but we’ve moved on, we realize no one is listening, does anybody on stage realize most people watching really don’t care about them?

But we want something to care about, desperately. Give us some truth, sold with songs we can sing along to. We are your audience, not corporations. And no amount of hype will convince me any of the nominees were groundbreaking, one listen songs that will be repeated and listened to in the future. It’s all grist for the mill. Everybody’s shooting so low.

So you hated the show. Don’t feel so unique. EVERYBODY hated it. You stayed tuned in to see your favorite, but they were compromised and you winced. And what you want to do most is crank up your favorite tune and forget the whole thing.

The future will not be ruled by CBS, never mind the Grammys. Music has historically been the hottest of media, the fastest to react with the truth, via songs embodying the character of those singing them. Come on, is that new Katy Perry track disposable or what? Overworked, as they all are, with multiple writers and producers and beats, how about a bolt of inspiration transferred to wax that we can all relate to? Like Keith Richards dreaming of “Satisfaction,” singing it into a tape recorder by his bed and laying down the indelible riff that was inescapable way back when and still works today.

Art, especially music, is not about overlaboring, but pure inspiration, channeling the zeitgeist.

But there was no zeitgeist on television tonight, it was just a look in the rearview mirror.

And what scares me is today’s youth have never been alive when music pushed the needle, when it was ubiquitous, written by the artists channeling their truth.

We’ve got to get ourselves back to the garden.

And nowhere do I see a new Joni Mitchell, the woman who wrote that song.

I’ve been wowed by technology, astounded by politics and all the while…

Music has become a second-class citizen.

If you resonated with tonight’s show you must be Neil Portnow or Ken Ehrlich.

As for the rest of us, we were sitting there dumbfounded, if we were watching at all.