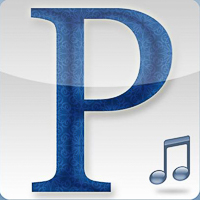 (CelebrityAccess)–US media company Liberty made an offer to buy Pandora earlier this year, according to the Wall Street Journal, but the proposal was rejected by the board at the American personalized radio service, seemingly on the basis of the price per share being offered.

There has been much speculation in the last year or so, of course, about publicly listed Pandora being bought by a tech or media giant. Though when co-founder Tim Westergren returned to the CEO role after the sudden departure of former boss Brian McAndrews in March, he heavily implied that seeking a buyer for the firm was no longer on the agenda.

According to the WSJ, although Liberty Media CEO Greg Maffei has been disparaging about the streaming music market in the relatively recent past – seeming to say that the high content costs make the streaming business unattractive – the media chief nevertheless expressed an interest in buying Pandora Media Inc for about $15 a share.

That would constitute a per-share premium of a few dollars – Pandora’s share price having never really recovered from a slump late last year – and would value the company overall at $3.4 billion. But sources tell the Journal that Pandora chiefs reckoned their company is actually worth something more in line with the share price before that aforementioned 2015 slump, which would be something more in the region of $20 a share.

With Pandora admitting in a quarterly report this week that recent revenues were less than anticipated and user numbers were down over a million in the face of heightened competition from the likes of Apple Music, the company could possibly use a good strategic partner right about now. Perhaps $15 a share doesn’t look so bad after all. -Staff Writers/WSJ