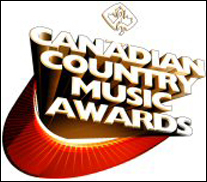 WINNIPEG, (CelebrityAccess MediaWire) — Paquin Entertainment announces that Corb Lund, The Cruzeros, Deric Ruttan, The Higgins, Lisa Brokop and Prairie Oyster have all received nominations for the 2008 Canadian Country Music Awards (CCMA). The winners will be announced on Monday, September 8th at the MTS Centre in Winnipeg. As well, Winnipeg’s own, Paquin Entertainment humbly acknowledges its nomination for Agency of the Year.

Six-time winners of the Group the Year award, Prairie Oyster will be an inductee in this year’s Canadian Country Music Hall of Fame. With 30 years under their well-worn belt, Prairie Oysters’ latest album One Kiss (Open Road) was their first in 7 years and without missing a beat, the 5-some continue to establish themselves as honky-tonk heroes to their multitude of fans. Prairie Oyster is also nominated for Roots Artist or Group of the Year.

This year, Deric Ruttan reigns in three nominations for Male Artist of the Year, as well as two nods for his latest album, First Time in a Long Time (On Ramp/EMI) for Album of the Year and Songwriter of the Year, which he shares with friend, Jimmy Rankin.

Up against Hall of Fame inductees, Prairie Oyster, for Roots Artist or Group of the Year are The Cruzeros and Corb Lund, who along with his Hurtin’ Albertans are also nominated for Top Selling Canadian Album for Horse Soldier! Horse Soldier! (Stony Plain).

With one nomination each are The Higgins for Group or Duo of the Year and Lisa Brokop for Female Artist of the Year.

Paquin Entertainment Agency would like to congratulate all CCMA nominees and wishes everyone the best of luck! –by CelebrityAccess Staff Writers