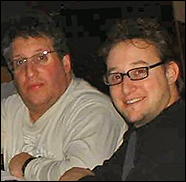 Two years ago, Paradigm purchased Monterey Peninsula Artists and their entire music-based client list. As with the Monterey/Peninsula deal, it is expected that agents will be asked to leverage crossover opportunities for the company's acts in all areas of motion picture, television and live performance, as well as new media, publishing and endorsements.

"I am extremely excited that Paradigm has done a deal with Little Big Man," said Monterey's Chip Hooper in a statement. "Our two companies have always had similar values and philosophies, and I look forward to exploring all of the opportunities that this deal presents."

Through the deal, Paradigm is continuing a strategic growth plan put into motion by Gores that includes the previously mentioned Monterey Peninsula Artists deal along with Genesis Literary Agency and Writers & Artists. Paradigm has established itself as a leading full-service agency, with offices in Los Angeles, New York, Nashville and Monterey.

"After seeing Paradigm develop successful synergistic results for artists such as The Black Eyed Peas and Wyclef Jean, we knew it was the right home for us to achieve similar successes," said Diamond in the statement. "Like our friends at Monterey, we share Paradigm's philosophy of putting the artist's interests first. And like Paradigm, our focus is that of being in the client business and not simply the agency business." –by CelebrityAccess Staff Writers