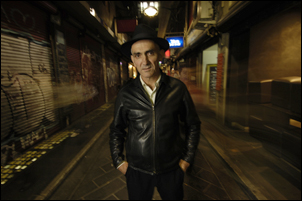 SYDNEY, Australia (CelebrityAccess MediaWire) — To celebrate the recent release of 'Songs From The South – Volume II', Paul
Kelly and his band will embark on a national tour in late April and
throughout May, visiting regional centers and capital cities across the
country.

It has been almost two years since Paul Kelly conducted such a vast tour of
the nation. And how better to embrace the flavor of Australia and its
people, than with the live music of one of the world's great songwriters,
the man who has chronicled our country's beauty and scars and desires as
well as the personal insights which know no borders in an extraordinary song
writing career that now spans more than 30 years.

Joined by his long time collaborators – Pete Luscombe on drums and vocals,
Bill Mc Donald on bass and vocals, Ash Naylor on guitar and vocals and
Cameron Bruce, on keys and vocals – the 'More Songs From The South' Tour
dips in to the last ten years of Kelly's life. Remarkably for a songwriter
going from his early 40s to his early 50s, this period has been just as
creative and even more adventurous than the first.

Picking up from 1998's 'Words & Music' and carrying on through to last
year's 'Stolen Apples', it is a period defined by countless collaborations,
different bands, genre hopping, eight official studio albums, some 102 new
songs, plus another half-dozen-or-so soundtracks, musicals, plays, live
recordings and tribute records.

Which is not to say that the set will not include select gems from Kelly's 7
times platinum 1997 release of 'Songs from the South – Volume I', a
dazzling collection, assembling songs that are already lodged deep in the
Australian soundtrack, from 'Before Too Long' and 'From St Kilda to Kings
Cross' to 'When I First Met Your Ma', 'To Her Door' and 'How to Make Gravy'.

Joining him on the road is Charlie Parr from Duluth, Minnesota, whose style
bears the influence of hours spent listening to country blues records and
Smithsonian/Folkways field recordings. Charlie's finger picking,
freewheeling tune, '1922 Blues' is the soundtrack to the recent, hugely
successful Vodafone TV campaign. Charlie plays original and traditional folk
tunes, plus blues covers by the likes of Mississippi John Hurt and Charley
Patton, favoring National resonator guitars, 12-string guitar and banjo in
his performance.

His self-taught mix of slide, finger-picking and quasi-frailing technique
come together with a voice that's low on drama and high on impact. Dignity, and the struggle to keep it, are central themes in
Parr's songs. The gamblers, the union workers, the criminals and the sinners
that wander around his songs come straight from real life observation. The
stories he tells get into some dark spots; that place where regret and
remorse part company.