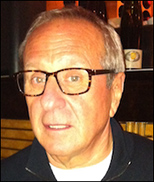 LONDON (VIP-NEWS) — The Board of the Music Managers Forum has announced that Peter Rudge is to be awarded the prestigious Peter Grant Award at the Artist and Manager Awards 2016.

The Peter Grant Award, named after the legendary manager of Led Zeppelin, is awarded annually to a manager who has gained the respect of their peers over a sustained career. Peter Grant did so much to change the relationship between artists and those they do business with, that his name is synonymous with great management.

A true pioneer, Peter Rudge`s CV reads like a chronological map of the development of the music industry over the past 45 years. From his early days working with The Who and The Rolling Stones, to Duran Duran, Madness and Ray Davies, right through to his current role heading up Vector UK’s management roster within the Live Nation umbrella, Peter has continually evolved to face the challenges of an ever-changing industry. He realized early in his career that `live` was the key for artists to be able to prosper and sustain a long term career. He is the recipient of over 270 gold and platinum album awards, an Olivier Award and the prestigious Innovator of the Year Award from Performance Magazine (predecessor to Pollstar) 2 years running.

Starting out at Track Records after graduating from Cambridge University, Peter worked across the entire roster including Jimi Hendrix and Marc Bolan before ultimately managing The Who. During eight groundbreaking years Peter quickly gained a reputation for originality and vision, notably with the band performing Tommy at venues such as the Metropolitan Opera House – simply unheard of for a rock band.

It was Peter’s subsequent hiring by The Rolling Stones which saw him at the vanguard of the rock tour as we now know it. He created the concept of a “National Tour”, with the Rolling Stones in the USA in 1972 and continued to manage all of The Rolling Stones live events and album campaigns worldwide. Peter also has discovered and developed raw talent such as Lynyrd Skynyrd, taking them from a club band to stadium headliners in just five years; Billboard Breakthrough Award winners Il Divo who are currently on their fourth world tour and are now at 30million album sales and Manchester band James who Peter has managed for 30 years and who achieved a number 2 album debut and their biggest ever tour of the UK this year.

Peter’s flair for production and conceiving innovative performance platforms for his artists is evidenced by his current work with client Alfie Boe on Broadway and engineering to take Pete Townshend’s Classic Quadrophenia to the US next year. He produced Andy Warhol’s American cable TV show (working closely with Warhol himself) and co-produced the Olivier award winning West End musical `Our House` featuring the music of his client Madness.

Jon Webster, President of the MMF, said “Peter Rudge has enjoyed an extraordinary career working with the cream of the world’s talent. We are very proud that he will be joining us to receive this award”.

Peter added: `The only redeeming feature of getting old in this industry is you qualify for a freedom pass and can be considered for such a prestigious award as this. This acknowledgement by my peers is a fitting testament to my career, the great people who have worked for and with me, and of course those incredible artistes, whose careers I have been fortunate to be a part of. I am humbled and honored, and almost speechless … Thank you`

The Artist and Manager Awards will take place at the Troxy in London on Thursday 24th November 2016.

Russ Tannen, Head Of Music said: We know how important the work of the MMF is in supporting managers and protecting their artists. At DICE we are fully committed to stamping out touts, something we know is just as vital to the MMF, so we’re delighted to be supporting their awards for a second year.