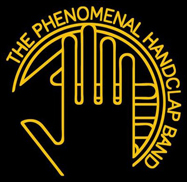 NEW YORK (CelebrityAccess MediaWire) — The Phenomenal Handclap Band will bring their disco-infused psych rock back home to NYC when they head across North America this June.

Founded by DJ and production partners Daniel Collás and Sean Marquand, this 8-piece collective will be joined by These are Powers, Javelin, Kid Sister, De La Soul & many more throughout the trek according to Altsounds.com

Once they have played the six North American dates, the Phenomenal Handclap Band will head back to Europe to play festivals including Glastonbury, Wireless, and The Big Chill.

The Phenomenal Handclap Band On Tour:
6/12 – Music Hall of Williamsburg – Brooklyn, NY
w/ These Are Powers & The Stallions