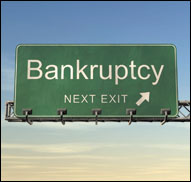 LONDON (VIP-NEWS) — Quart Festival which recently cancelled this year's festival and declared the festival itself bankrupt now gets a helping hand from Roskilde Festival.

In a statement organizers of Roskilde Festival says: "We are sad to have lost a great sparring partner and are also worried about the festival-goers who had already bought tickets to this year's Quart Festival.

Therefore, everyone with a ticket to Quart Festival is offered the possibility of exchanging it to a Roskilde Festival ticket – free of charge."

Interested festival-goers have to contact info@(delete this text from the mail address)roskilde-festival.dk with their personal data and specification of Quart ticket type. Afterwards, they have to bring their Quart ticket to Roskilde Festival's entrance stalls.

Free access to Roskilde Festival is only possible if a person owns an original Quart Festival ticket.