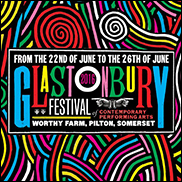 TAUNTON, UK (CelebrityAccess) — A woman has alleged that she was raped during a 2014 the Pilton Party staged by Glastonbury organizer Michael Eavis.

According to the Irish Independent, 25-year-old Joshua Pigden was spotted kissing the alleged victim near a perimeter fence and then, moments later, witnesses reported seeing him on the ground, having sexual intercourse.

Security guards intervened and one of the guards, David Tanner told Taunton Crown Court that Mr Pidgen "jumped to his feet" but said that the female was "too intoxicated" to get dressed or stand up without falling.

"I told them knock it off, that this was a family event. He was on top of her. He jumped to his feet, but she didn't move. She didn't even try to put her clothes back on," Tanner testified, per the London Times.

"It was a few moments before she seemed to come around and even tried to get dressed, but she was too intoxicated to do that, even. She was really struggling. She pulled herself to her feet and fell straight back down again, and that's when we realised that something wasn't right," Tanner added.

The Pilton Party is an annual fundraising event thrown by Glastonbury promoter Michael Eavis as a thank you for local residents. – Staff Writers