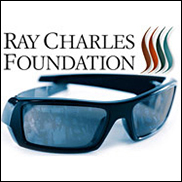 (Hypebot) – Confusing and antiquated copyright laws open the door for a multitude of lawsuits- some much needed (Flo & Eddie) and others more specious. The battle between Ray Charles' 7 children and the foundation that controls his estate sadly falls into the later category.


The Ray Charles charitable foundation scored a Ninth Circuit win Friday in its fight against the singer's children over copyrights to his hit songs.


Acting as the singer's sole beneficiary, the Ray Charles Foundation had filed the 2012 federal contract complaint in Los Angeles against seven of Charles' adult children. Citing an agreement that prevented the children from seeking any further interest in their father's estate, the lawsuit complained about a notice of termination that the children had served music publisher Warner/Chappell Music.


Charles died aged 73 in 2004 at his Beverly Hills home. The master recordings of his songs are reportedly worth up to $25 million. His foundation, which the singer created to provide financial support for the deaf, poor and youth outreach, is funded by royalties it gets from copyright owner Warner/Chappell.


Though a federal judge sided with the children in 2013 and the foundation's lawsuit for lack of standing, a three-judge panel of the Ninth Circuit reversed Friday, over five months since hearing oral arguments on the case. The 31-page decision by Judge Morgan Christen notes that the appeal represents the intersection of Charles' "remarkable legacies in music and philanthropy."


"As the holder of legal rights and interests that will be truncated if the termination notices are valid, the foundation has standing to challenge whether the underlying works are subject to the termination provisions," the ruling states. "If the compositions are works made for hire, the termination statutes do not apply."


Charles had recorded songs for Atlantic Records and its subsidiary (and Warner/Chappell's predecessor) Progressive Music under a work-for-hire agreement. That meant the publisher owned the underlying compositions, while Atlantic retained ownership of the recordings. Even if all the termination notices are valid, the foundation is entitled to receive a notice of when its rights to receive royalties on each song will end, the court found.


Their attorney Marc Toberoff told Courthouse News that his clients "respectfully disagree" with the court's opinion and may seek en banc review. The foundation's attorney Mark Passin did not immediately respond to a request for comment.