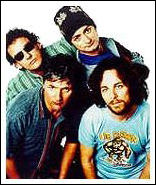 SYDNEY (CelebrityAccess MediaWire) — The Hoodoo Gurus, one of Australia’s greatest exports, will tour the US next year for the first time since 1994. For over twenty years and eight albums, Australia’s Hoodoo Gurus have given the world a dozen classic anthems, topped the charts and gained cult hero status. They are known by many for their mid-1980s cult hits, including Bittersweet.

The tour is still being worked out, but it will include March dates at the annual South By South-West music convention in Texas.

The band reunited in 2001, after a four-year hiatus from touring, is in the middle of recording an album set for a 2007 US release on San Francisco-based indie label Virtual Recordings. Their last US release was 1996s Blue Cave, via Zoo Records. The band is still on EMI in Australia.