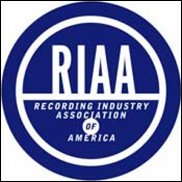 WASHINGTON DC (Hypebot) – The RIAA is lowering it's horns and taking the .music initiative head-on.

Even though the .music domain extension hasn't seen the light of day yet, the RIAA is already challenging ICANN to ensure that, if approved, this top-level domain won't be used to encourage music piracy.

The RIAA would like to work closely with ICANN and others to "ensure that best practices are developed and used to ensure this type of malicious behavior does not occur."

As you may know, entrepreneur Constantine Roussos has championed the .music initiative for years. What does he have to say about this?

"Unfortunately copyright infringement and cybersquatting is a reality, especially in the music space," Roussos commented. "Malicious conduct is of primary concern here."

He says that the RIAA has brought up "legitimate points that we echo in regards to malicious conduct, accountability, and transparency." In other words, Roussos sees RIAA's side in this ordeal and understands their fears. But, as the RIAA is known for, they sign-off their warning shot to ICANN on a rather unpleasant note:

"We strongly urge you to take these concerns seriously… we prefer a practical solution to these issues, and hope to avoid the need to escalate the issue further."