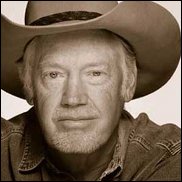 The Festival includes an evening performance hosted by Cox featuring his friends and fellow songwriters, Jonathan Byrd and Jack Williams.

As an actor, Cox's career spans over a hundred and twenty-five films and television shows including Total Recall, Robocop, Stargate, and the famous "dueling banjos" scene in Deliverance.

Cox's self titled first album was released in 1993 for Mercury Records in Nashville and, according to Ronny, was “pretty much a country record –– at least it seemed so to me.”

Since his first album, Cox has released six more albums including a "folkie" album, studio album, two live albums, a tribute to Mickey Newbury, and an album in memory of his late wife, Mary.

Ronny Cox tours regularly with his band and at times solo or with Jack Williams, who will be joining him on Sept. 17.

Cox’s band will be made up of Karen Mal and Radaslov Lorkovic.