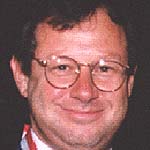 Noting that the high tech industry has had a tough year
following 9/11 and the Internet bubble bust, Key3Media Group chairman and CEO Fred Rosen, the
former head of Ticketmaster, says the company many not be able
to make debt
payments. Options under consideration include filing for
Chapter 11 bankruptcy
protection, a restructuring or sale. The company reported a net
loss of $315.7
million for the third quarter.

While attendance at Comdex this year (November 18-22), one of
the largest
technology trade shows produced by Key3Media, was on par with
last year's
attendance of 125,000, the number of exhibitors is down to 1,100
from a high of
2,000.

In a recent interview with Computerworld, Rosen explained,
"What I see is that
technology is coming to grips with the fact that it is subject
to the same
cycles every other industry is subject to. If you go back and
read all the articles that
were written, everybody talks about tech, the New Economy,
we'd never go
through this in one cycle. And guess what? There was no New
Economy. It's New
Economy/old economy; it's the same economy. "