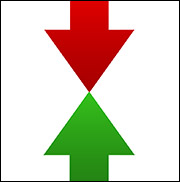 (Hypebot) – What a stream is worth will be debated forever, but one place to start is to ask what revenue it generates. A new study says that monetization is fast approaching $100 per 1000 streaming hours. At the same time, however, payments to creators as a percentage of growing ad and subscription revenue, is falling.

So, what is a stream worth?

New $Research and Markets has released a new study,"Internet Music Programmers 2016 – 2018: Ad-Supported and Subscription Listening Hours Chart a Monetization Groove," that shows each 1,000 hours of listening across the spectrum of music services is forecast to generate $100 by the end of 2018.

Revenue may be growing, but the percentage of it passed on to creators is dropping. An estimated 34.8% of total streaming music service revenues went to licensing organizations in 2016, compared to 47.8% in 2015. That's a decline of 27%.

The prime culprits? Pandora captured an estimated 47.3% of the U.S. market listening, and Spotify 11.5%.

Ad Supported Is 61% Of Listening, But Generates Just 38% Of Revenue

Ad-supported music services generate 61% of total listening hours; and that segment of the market contributed some 38.1% of revenue. Revenue is expected to rise past 40% in 2018.

Advertising (all format executions, including in-stream audio, video and display) are projected to bill approximately $2.1 billion in 2017. Subscription services (including hybrid ad-supported and subscription operations and SiriusXM online sub revenues) are forecast to deliver $3.3 billion in 2017 receipts.