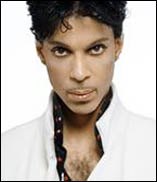 LOS ANGELES (CelebrityAccess MediaWire) – Recently filed court papers show that Prince is being sued by a man who claims that Prince took twelve AVID hard drives and never paid for them.

The lawsuit, filed in Los Angeles Superior Court by Ian Lewis, claims that Prince, named as a defendant (along with his record label and fan club website), took twelve AVID IS SCSI Shuttle Drives worth $12,000, alleging that Prince and his people never had any intention of returning them or paying for them.

In addition, Lewis claims that a $25,000 computer, which was also loaned to Prince, was returned by his people "in a broken and un-fixable condition."

Lewis is seeking damages to be determined at trial and exemplary damages in the amount of $1,000,000. Calls to Prince's organization were not immediately returned.