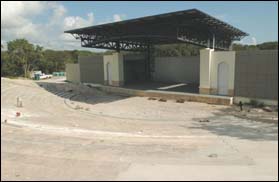 ST. AUGUSTINE, FL (CelebrityAccess MediaWire) — Ponte Vedra Beach-based Signature Entertainment has reportedly warned the St. Johns County Commission that it would sue for $545,000 in “expenses and lost profits” after the company was dropped as the proposed manager of the St. Augustine Amphitheatre.

County Attorney Patrick McCormack has responded to Signature’s threats, claiming they are “without legal merit,” and countering that the county would in turn seek legal costs and attorney fees from the company “because your position would not be supported by material facts,” according to the St. Augustine Record.

The country was reportedly looking into various options for operating the shed, including talking with SMG among other facility operators, but eventually decided to keep it in-house.

Signature’s chief operating officer Bruce Lucker told the paper that the company will likely take action against the county soon.

“We’re currently evaluating our options,” Lucker told the Record. “Our attorney is strongly convinced that Mr. McCormack’s information has not been well researched. We’ll take a week to 10 days to evaluate our next course of action.”

He claims the county had failed to look seriously at Signature’s request for payments.

“The issue is fundamental – Can we as taxpayers take the County Commission at face value when they make a commitment?” he said. “I’m disappointed that they didn’t attempt to sit down and try to be reasonable with us.”

Under the terms of a partially completed agreement with the county, Signature was to be paid $96,000 per year for the first five years of management, above and beyond expenses. Five years of lost salary make up the bulk of the damage amount, with legal fees making up the rest.

McCormack told the paper that the Signature contract was never signed, and therefore did not apply.

“Obviously, you cannot admonish the county on 17 occasions that a contract on the Amphitheatre is not formed without original signatures on documents and then take a position that the parties entered an enforceable contract prior to formal signatures,” he said.