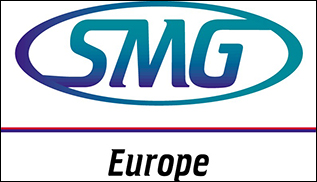 
However, the company’s 2014 results showed a 3.7% growth in revenue to £45.2 million following a successful first full year of operation for its First Direct Arena in Leeds.


The Business Desk reports that pre-tax profits at the firm, which runs 12 venues across Europe including Metro Radio Arena Newcastle and Belfast`s Odyssey Arena, fell 22% from £6.7m to £5.2m.


"The concert market in 2014 saw less touring and playing of live performances, particularly in the second half of the year,” said director John Burns, writing in a strategic review. “The mix of events was also different, which impacted overall margins."


On SMG`s flagship Manchester Arena, which celebrates its 20th anniversary this year, Burns added: "In 2014 its naming rights partner, Phones4u, went into administration. This has impacted revenues and costs, which were previously being amortized relating to securing the naming rights deal, have been written off.


“The business is actively looking to secure a new naming rights partner."


It is currently closed for renovation following the £50 million upgrade of the adjacent Victoria Station and will reopen with a concert by Florence + The Machine on September 18. Other performances later this year will include Madonna, One Direction, Fall Out Boy, A$AP Rocky and Wiz Khalifa and Imagine Dragons.