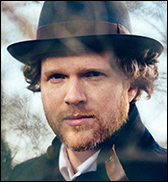 In addition to songwriting, Chapman has worked as a producer on a number of hit songs and albums, including on Taylor Swift’s multi-platinum selling debut album. He has since gone on to work on all five of Swift’s albums, recently earning a Grammy award for Album of the Year as a producer on 1989.

Chapman has had 16 No. 1 hits as a producer, and has worked with artists such as Martina McBride, The Band Perry, Lionel Richie, Sara Evans, Shania Twain, Colbie Caillat, Cassadee Pope, Lady Antebellum, Jewel, and most recently, on Keith Urban’s No. 1 hit “Break on Me.” – Staff Writers